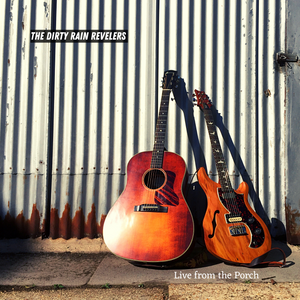 Our lil' live album that could is now 6 months old!

We just received word from Offbeat Magazine that our album, Live from the Porch, has been reviewed in their September 2022 issue.  We're pleased as can be reading over the kind words from writer, Jay Mazza.

See for yourself here

"Both musicians play guitar, Matthew on searing electric and Melissa on acoustic and vocals, but the strength of the album is the combined power of the plaintive tones of her voice and the sheer anguish of some of Matthew’s solos. You can literally hear the isolation we all suffered through.
The songs were also clearly selected from the band’s vast repertoire to convey the very feelings the musicianship invokes. The album opens with Bob Dylan’s anti-capitalism polemic, “Masters of War.” The second cut, PJ Harvey’s “Desperate Kingdom of Love,” asks a listener to dig deep and choose love over fear.
Matthew is a master of tone utilizing a variety of effects to flesh out the tunes. At many points on the album, the two players sound like so much more than the sum of their parts." Offbeat Magazine Review of Live from the Porch